IN THE HEART OF ILLINOIS WINE COUNTRY
Our History

How can a winery in Roselle, Illinois, make national award-winning wines?

“You start by coming from generations of people who have made wine. Here, and in Germany. Care and concern, of course, make a difference,” Fred Koehler said.

“Making wine at home is truly a Koehler tradition… dating back to the 17th century,” he continued when interviewed by the Chicago Tribune.

Thus began the legacy of Fred and Lynn Koehler, founders of the eponymous Lynfred Winery. Fred was a business-savvy man whom aspired to produce wines of excellence. Coupled with Fred’s practicality, Lynn’s ideas and visionary nature brought the Koehlers to the realization – once their cellar was full of wine – that they might open “a little winery.”

What started as “a hobby that got out of hand” has evolved to a nationally recognized winemaking operation and Chicagoland destination, complete with a 100,000-gallon wine-production facility, luxury bed-and-breakfast accommodations, two tasting room locations, and a robust lineup of wine-inspired events offered year-round. 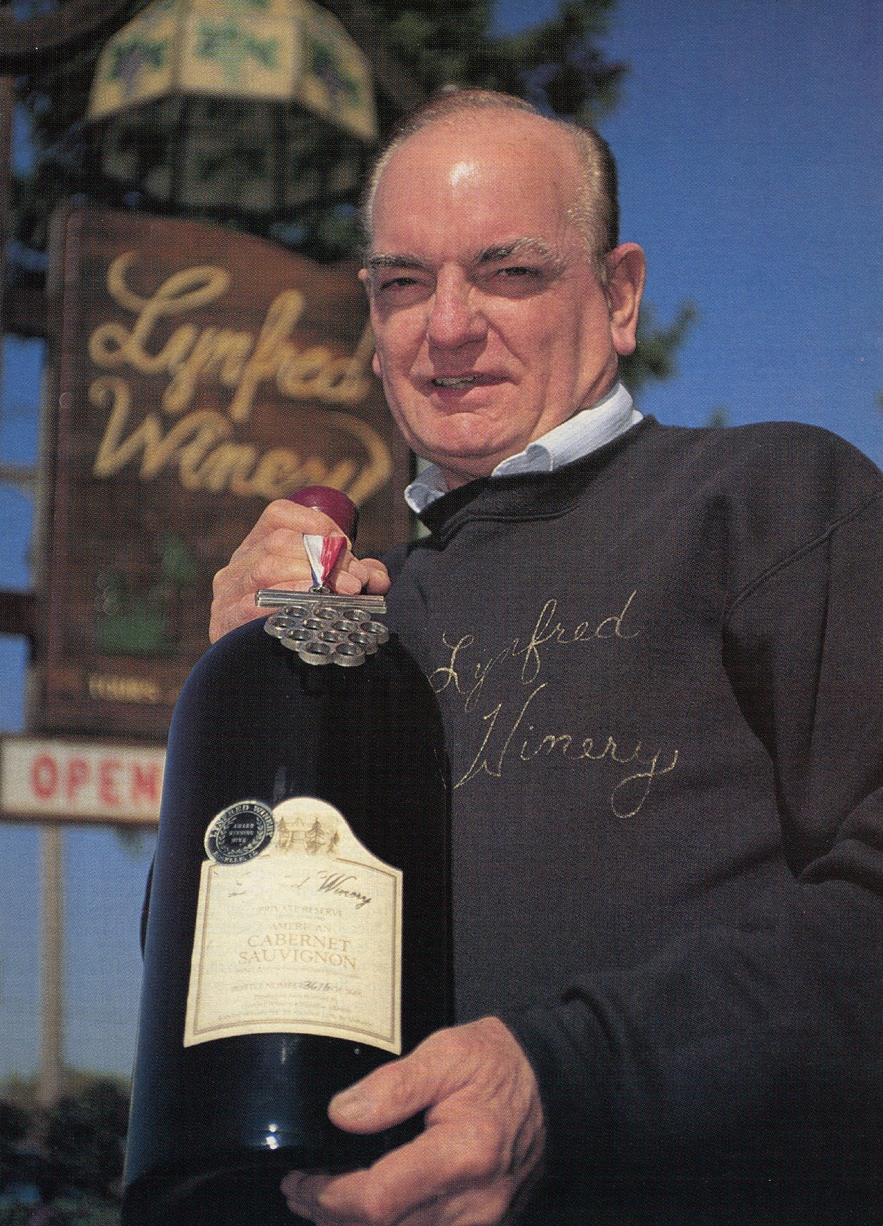 THE BIRTH, SUCCESS AND EXPANSION OF LYNFRED WINERY

In the mid-1970s Lynn and Fred purchased the Fenz Home, located near the intersection of Roselle and Irving Park roads in Roselle, Illinois, a one-acre property that was already historical: it was originally settled by Colonel Roselle Hough, after whom the city is named.

Fred and Lynn restored the structure built in 1912 by the Hattendorf family, preserving the original detail and converting it to accommodate the winemaking operation. Happily, the cellar walls, which are more than 18 inches thick, provide the ideal temperature control for aging wines.

Fred and Lynn officially opened Lynfred Winery in 1979, producing 5,000 gallons of wine across seven varieties. Through the years, Lynfred has stayed true to its commitment to produce excellent wines. In 1990 Fred broke ground on a 24,000 square foot, state-of-the-art winemaking facility. The new winery opened in 1997 featuring a beautiful oaken tasting room, custom stained glass windows and a four-suite bed and breakfast. As the winery continued to grow, Fred brought in world-class winemaker Andres Basso from Chile to take over the winemaking so that Fred could concentrate on running the business.

While Lynn and Fred have both passed, they ushered their “little winery” into winemaking prominence and left a dedicated staff to guide Lynfred Winery into the future. 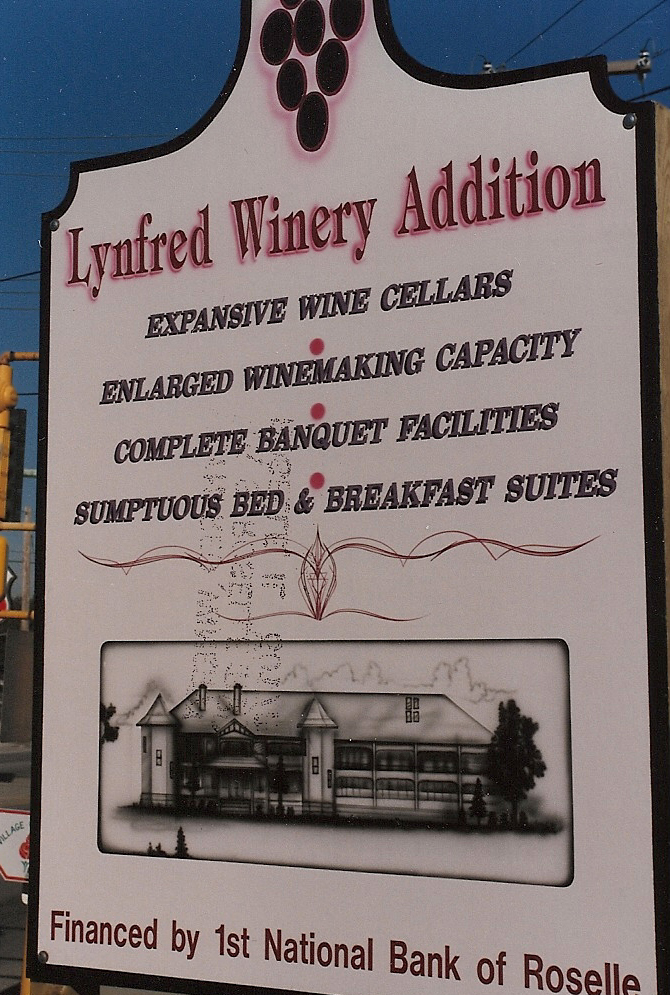 Lynn and Fred Koehler are credited with putting Roselle “on the map” as a destination for visitors from the Chicagoland area and across the country. Lynfred Winery attracts more than 100,000 visitors to Roselle each year by providing an exceptional customer experience.

From its world-class events, to brandy-infused ports, from its destination as a place to meet friends to serving as a charming and beautiful backdrop for memories, Lynfred Winery continues to offer fine wines in an atmosphere of comfort, courtesy and fun. 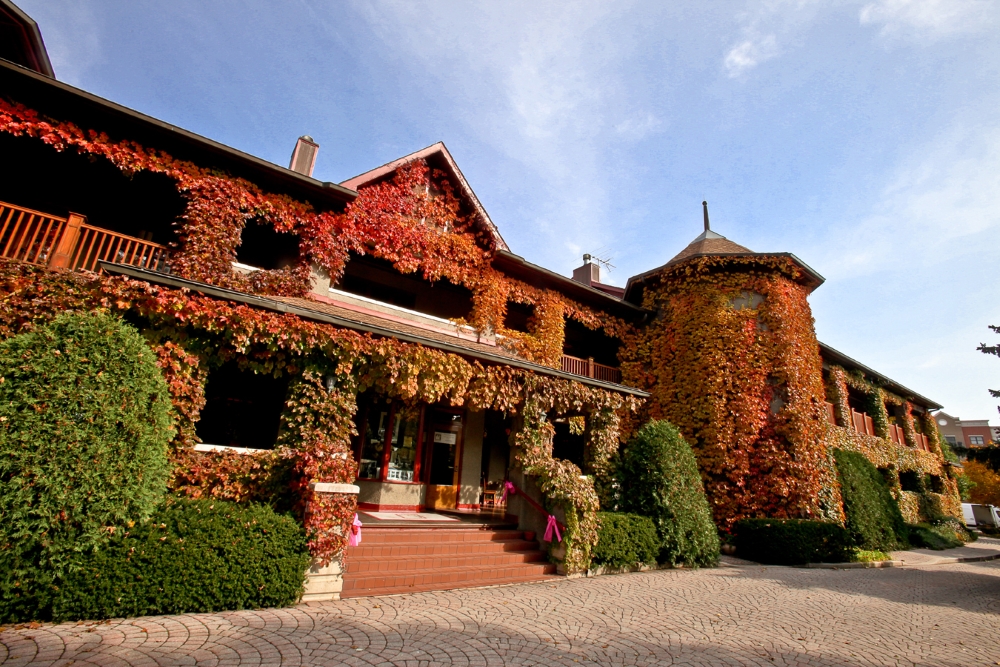